The Trial of Fallen Angels

I grew up on a farm in central Pennsylvania, but my folks weren’t farmers. My father was an insurance agent and my mother a homemaker. Since we didn’t earn our living from the land, I wasn’t accepted by the neighboring farm kids. Years of escalating bullying, harassment, and intimidation followed. One night, this culminated with a group of them staging an attack on my home and shooting and killing one of our dogs while asleep in her pen — our sweet little beagle named Paula that we had raised from a puppy. The police did nothing. A week later, after another nighttime attack when they blew up our mailbox, I went chasing after them in a blind rage with my father’s loaded .32 caliber revolver in my car. I cornered them against a barn. When they got out of their truck in the darkness with the high-beams of my car focused on them, I grabbed the revolver from the passenger seat.

At that moment, I imagined how good I would feel to finally get justice, gunning them down after all they had put me through. I had seen it many times in the movies and on television — the victimized hero finally gets his revenge. I had suffered so much abuse and humiliation at their hands.  And now they had gone and killed an innocent creature. If they would shoot my dog, maybe I was next? It was time to stop them and make them pay. They deserved what was coming to them. I opened the door.

But at the very last second, in startling moment of unexpected clarity, I thought of everything I would be giving up if I pulled the trigger — and everything I would be taking from them too. In the blink of an eye, I was required to make a calculation of guilt and punishment, of violence and peace, of past, present, and future, and of whether to take another human life. I was the judge, jury, and executioner. It could have gone either way. But somehow, miraculously, despite all of the pain I had endured, I realized at that moment that the price of getting revenge was just too high. I took my hand off the gun and drove home. It was a fateful decision that would shape the rest of my life.

Soon thereafter, I decided I wanted to become a lawyer — so I could get justice against the people who wronged me, and others, legitimately, without having to pay a price for it — in fact, while actually getting paid for it.  Or so I thought.

I worked hard and graduated from an Ivy League law school. I did an internship with the Philadelphia District Attorney’s Office and a judicial clerkship with a federal trial court judge. After that, I joined a prestigious law firm where I practiced civil litigation and earned a handsome salary.

I became very good at litigating and winning cases. I overwhelmed and destroyed my opponents with legal research, depositions, interrogatories, and motions — the cunning weaponry of the civil litigator. Each victory brought for my clients and me a thrill. But something unexpected happened. Over time, I began to realize that each of these victories had come at an enormous cost for both my clients and me. To get the justice we so desperately craved, we had to devote virtually all of our energy and waking moments to devising new and better ways of inflicting suffering upon the other side until they either surrendered or were defeated. Strangely, this meant enduring the same suffering ourselves — because we became the instruments of their suffering. My clients and I were forced to relive, obsess over, and amplify the original wrong that had started the conflict in the first place — whether it was a personal injury, an illness, family strife, a criminal act, a governmental prosecution, or a business dispute. Some cases lasted years, meaning that we were, in effect, re-victimizing ourselves over and over again, digging at the old wound, keeping it alive and raw. Amazingly, I, as the lawyer, was actually paid a small fortune to do this to my clients — and myself. Yet despite the money, and the victories, I was actually less happy with my life — and so were my clients. After the initial “high” of winning wore off, we were left feeling worse but wanting even more. In the midst of all this, I began asking myself: Am I winning battles here but losing a much greater war? How can this be?

My grandfather was a devout Brethren pastor. I was raised Episcopalian and had considered becoming an Episcopal priest myself.  I have since gone on to study the world’s major religions and have become a member of the Religious Society of Friends (Quakers). So I began to look to my spiritual training for answers. Jesus teaches in the Sermon on the Mount that when we are wronged we should not seek justice but should instead turn the other cheek and forgive. The Buddha has a similar message. I had never understood this injunction. When people hurt me, I instinctively want to hurt them back. They should pay for their crime, and I don’t feel better until they do. That is what justice and the courts are all about, and that is what Moses set forth in the laws upon which most Western and Middle Eastern justice systems are based: “An eye for an eye and a tooth for a tooth.” But here was Jesus saying the exact opposite. He seemed to be saying that you are better off just driving away, like I did that night with the farm kids. And by implication, he also seemed therefore to be saying that the legal profession and the entire justice system are fundamentally flawed. This created a dilemma for me professionally and spiritually, but it is also a dilemma with which every human being must wrestle. We will feel wronged countless times and in countless ways during our lives. What is the path to restoring our happiness and peace when this happens: seeking justice or offering forgiveness?

This is the fundamental conflict that plays out in The Trial of Fallen Angels. I wanted to examine this question under the most extreme circumstances I could imagine — during the afterlife in the courtroom at the Final Judgment, where the stakes are all of eternity and where God Himself is called upon to answer for the ultimate act of justice, the Great Flood.  What would it be like to be a lawyer who represents souls in this celestial courtroom? What would it be like to be a soul who must face this Judge — and confront all the fateful choices made during a lifetime?

While exploring these fundamental questions of the human condition, I wanted to write a novel that would have a thrilling, page-turning story. As I wrote the book and discovered the unexpected answers to these questions, I was astonished.  And transformed.

Author’s Note adapted with permission from Suing for Peace by James Kimmel, Jr. 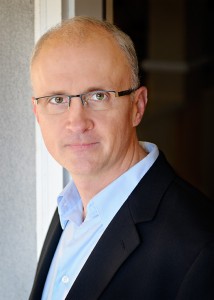 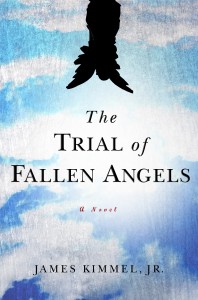 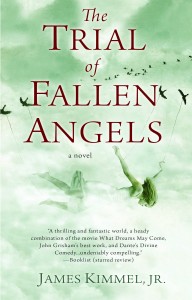 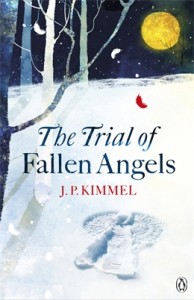 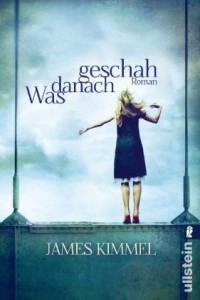 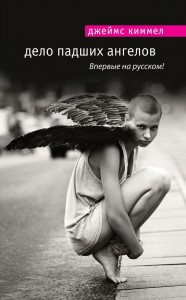 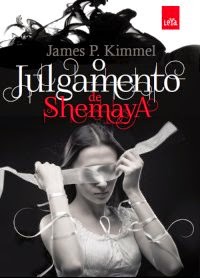